Arguably the most striking hotel in Lake Hopatcong’s history was Castle Edward, the amazing structure planned and built by John P. Muller. Muller’s first venture at the lake was a campsite in King Cove that he named “Camp Edward” after his son. Starting around 1895, Muller operated this site for some five seasons.

In 1900, Muller moved Camp Edward to the south shore of River Styx Cove. Using a large boathouse as a main building, Muller continued to rent tents and campsites. In 1903, the Lake Hopatcong Breeze reported that Muller had replaced the canvas roofs with shingles as the camp moved towards more substantial structures. Meanwhile, the boathouse now included a common area for campers which was equipped with a piano.

As visitors to Lake  Hopatcong arrived  for the 1905 season, Camp Edward had  been transformed  into what the Breeze  called a “seventeenth  century castle.” The  one-story hotel with  turrets was built  just off the lake and  housed some 35 guest  rooms with rates of  $8 to $12 per person  per week (which included meals). The July 1, 1905 Breeze issue reported that “the architecture is so arranged that every one of its numerous rooms faces the Lake. In the center is a rotunda, which is a special feature that tends to give the building a feudal air.”

The name Camp Edward was retained through the 1906 season but was switched in 1907 to Castle Edward which more adequately described the substantial structure which Muller had built. In 1908, an ice cream parlor and large steam laundry were added to the hotel, which was open from May 15 to October 15.

In 1912, Muller embarked on a major expansion. The June 29, 1912 edition of the Breeze reported that “A large addition has been built in the rear of the Castle and a new ballroom placed there. The dance hall has a permanent stage and a balcony attached with a fine view of the Lake.” Muller quickly followed the addition of this second level with a third level for the 1913 season as he built straight up the hill adding 40 more rooms.

Castle Edward now dominated River Styx Cove. It featured a total of some 80 guest rooms, an orchestra and ballroom, bowling alleys, billiards, and a sandy beach. In 1914, Muller built a beautiful stone gazebo on the manmade island off the bathing beach which had formerly housed a flagpole. Connected to the shore by a lovely arched stone bridge, “Mush Island” became a favorite spot for guests to photograph and to observe the afternoon activities at the hotel. Throughout this period, the hotel maintained a fleet of red rowboats for its guests, which were a common sight on the lake. In 1917, a grill room and barber shop were added, and in 1922, the hotel was advertising a jazz orchestra playing in the ballroom every evening.

Disaster struck for Castle Edward in May 1923, when John Muller was severely injured in a fall from a ladder at the hotel. In early June, Muller died and without his drive and zest, Castle Edward would never be the same. Muller’s son Gilbert ran the hotel for the 1924 season but in December the hotel was sold at auction for $22,500 to Frank W. Brindle of Paterson who owned hotels in Paterson and Lakewood.

Brindle made extensive renovations for the 1925 season. An additional dining room was added for non-guests. The Castle Edward Orchestra entertained in the evenings as well as on weekend afternoons, and the hotel now offered golf and horseback riding from nearby facilities at the lake.

Castle Edward operated the next few years but, following the stock market crash in 1929, did not open for the 1930 season. It had been foreclosed and was owned by Lenape Building & Loan Association of Newark when a fire, the great nemesis of Lake Hopatcong hotels, struck early Friday morning, September 25, 1931. A neighboring cottage had caught fire which quickly spread to another cottage. By the time firemen arrived from Hopatcong, Mount Arlington, Port Morris, and Dover, Castle Edward was also engulfed in flames. While the castle was built to look like a great stone structure, it was actually constructed of wood. By the time the fire was under control, the entire hotel had been destroyed.

The hotel site lay vacant and strewn with rubble through the Depression and World War II before finally being redeveloped. Part of the property was subdivided and used for homes, but the bulk of it was used for Maryann’s, which offered summer visitors efficiency apartments in a motel-like building. The new structure incorporated Castle Edward’s grand exterior staircase and beautiful stone walls which survived the fire. During the 1950s, Maryann’s was sold to a group of families in a cooperative arrangement who came to Lake Hopatcong during summers for the next few decades. The property was sold in the 1990s and the Maryann’s structure was renovated, modernized and converted to condominiums known as West Shore Villas. It remains as condominium units today. 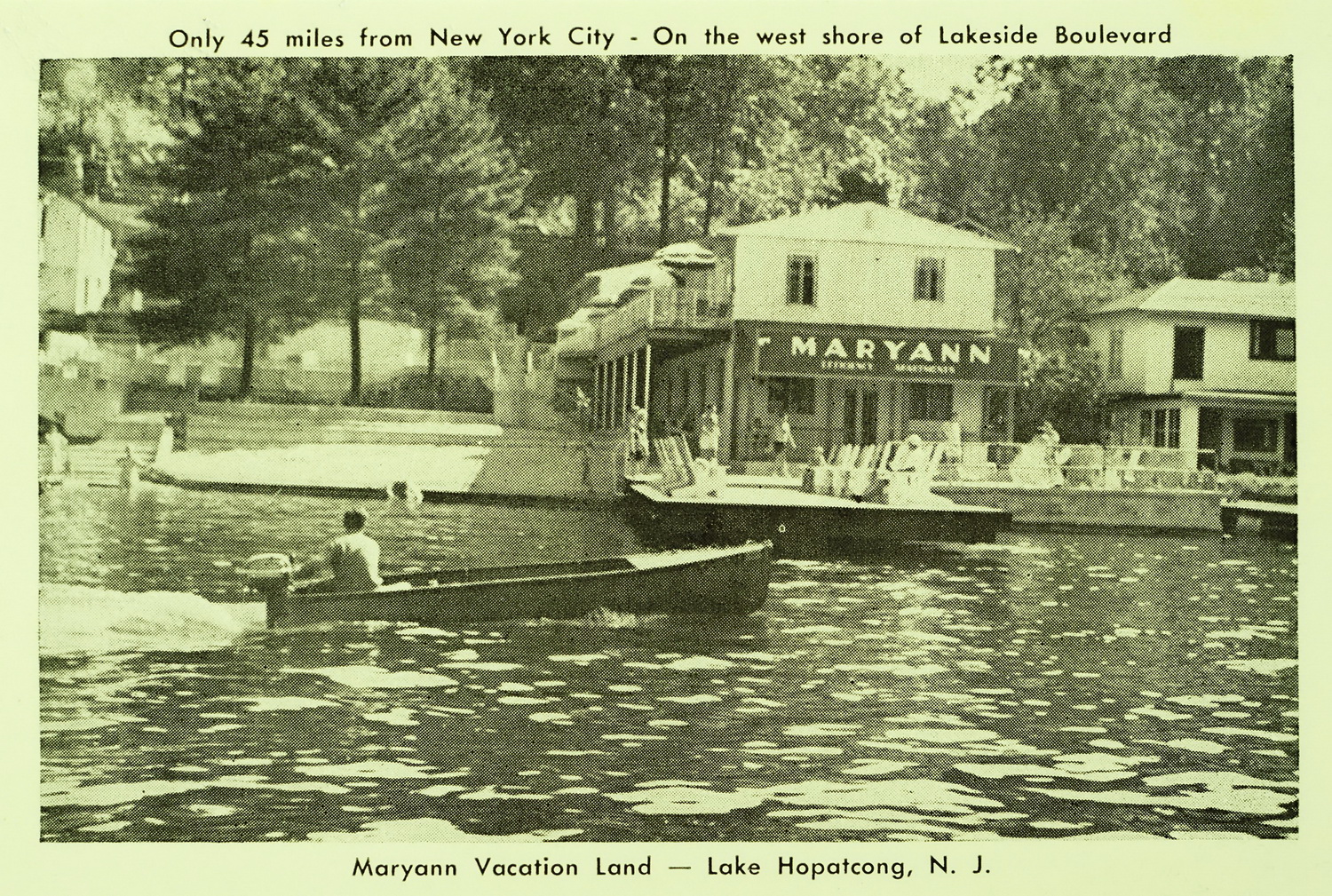 Take a walk past 431 Lakeside Boulevard in Hopatcong, and you can still marvel at the original stone walls and walkways that once led to Hopatcong’s amazing castle.

The Most Versatile Man in America, Hudson Maxim

Somewhere in Time, The Breslin Hotel