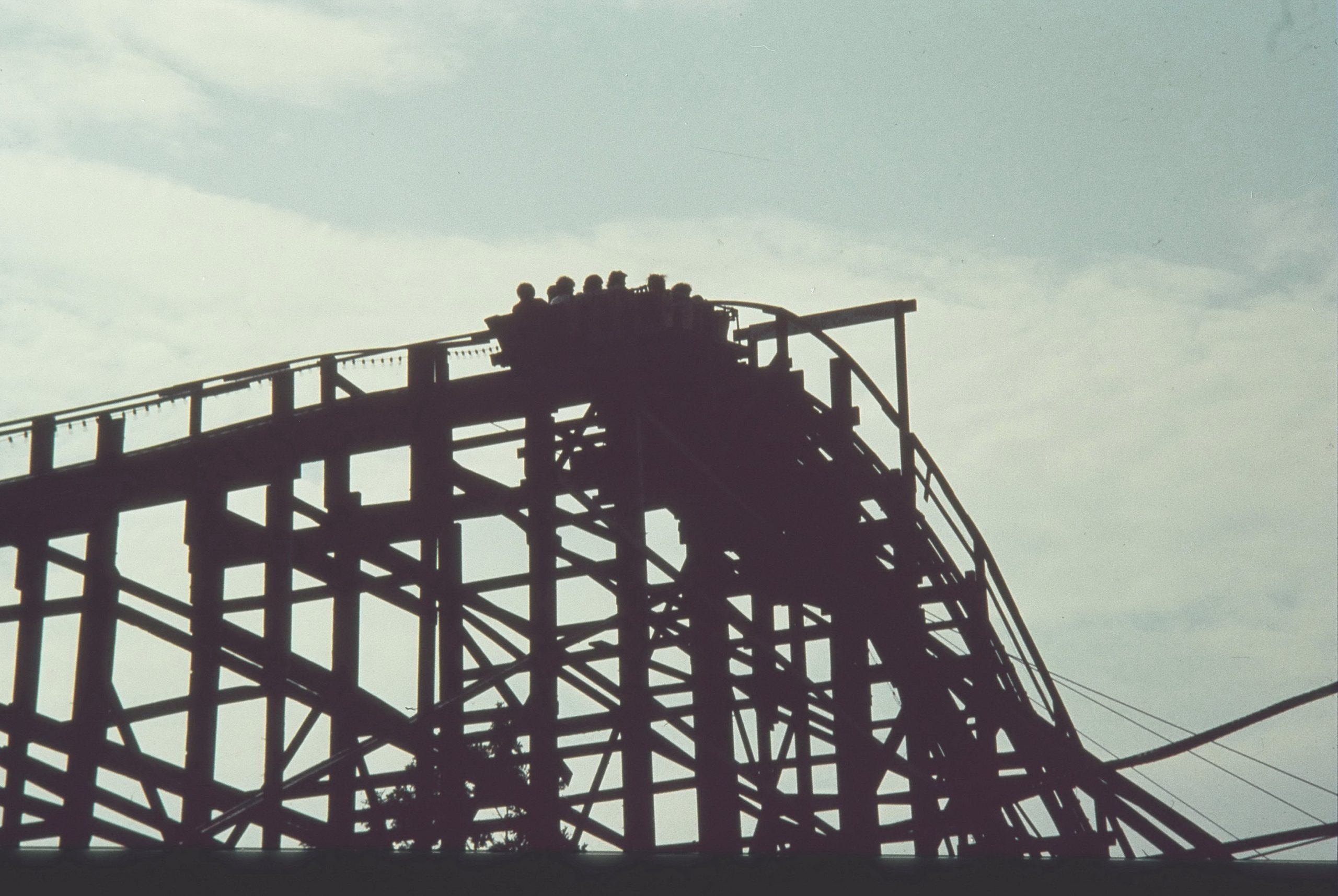 Lake Hopatcong’s first roller coaster was built over the winter of 1924-1925 by the Philadelphia Toboggan Company which was located in the Germantown section of Philadelphia. They were the leading designer and builder of roller coasters from the early 1900s until the mid 1970s. The coaster at Bertrand Island Park was the 46th they constructed.  As such, to coaster enthusiasts, it will always be known as Philadelphia Toboggan Company (or PTC) 46. 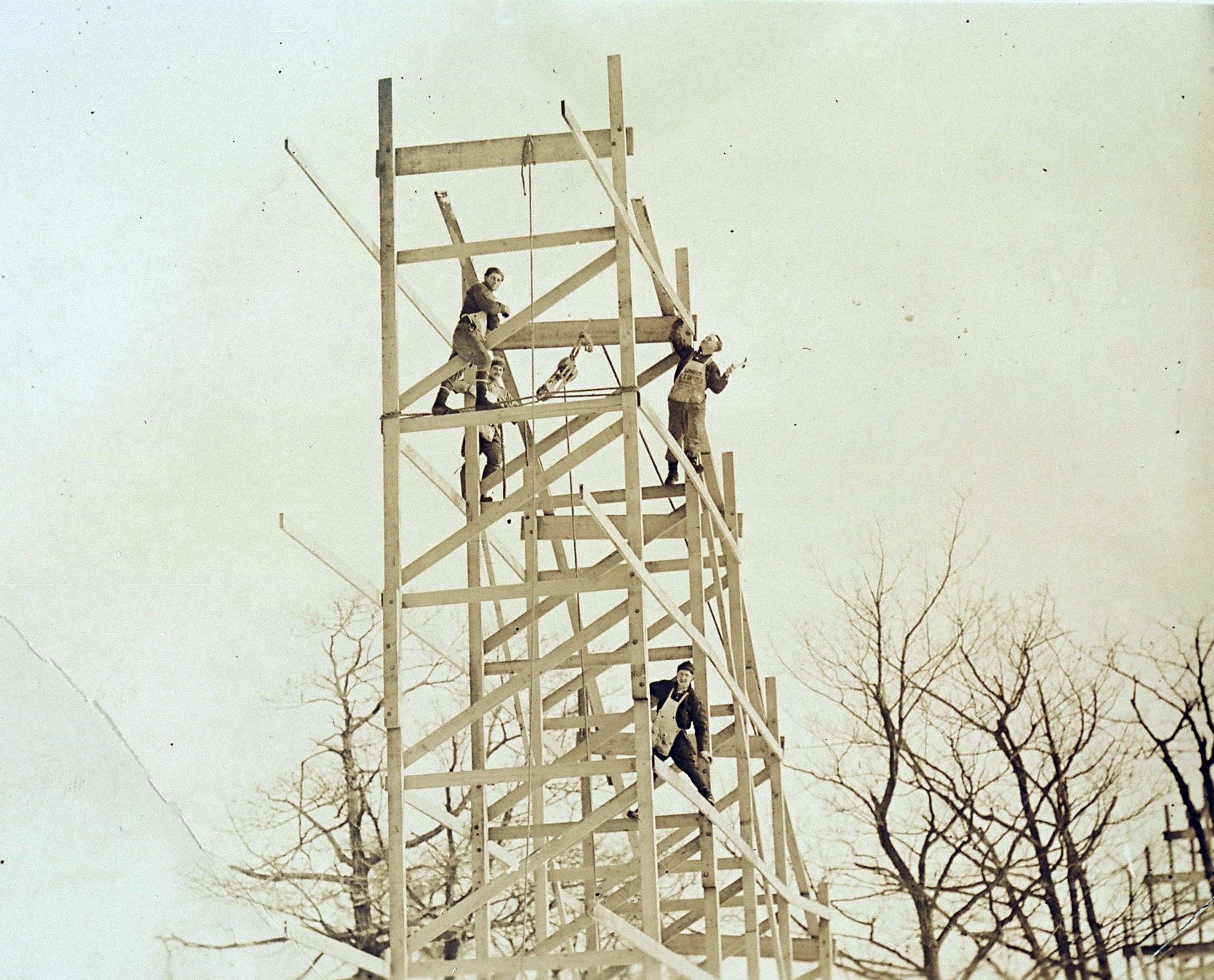 The April 4, 1925 issue of the Lake Hopatcong Breeze reported that the roller coaster’s “track is about a mile in length and the trestle, at its highest point, is about 80 feet.  It is the first roller coaster ever erected in Morris County or any of the other northern counties. It is a giant affair, the largest of its kind.  It is being erected by the Philadelphia Toboggan Company at an expense of over $50,000.  It will have every device for safety in its operation and will be ready for use by Decoration Day [now known as Memorial Day]. Propelled only by gravity and momentum they travel on their thrilling course of dips and sudden rises, breath taking glides and dizzy turns over nearly a mile of track back to their starting point. There will be two trains of three cars, each car holding eight passengers. The trains will be pulled up the incline by a seventy-five horse power electric motor.” 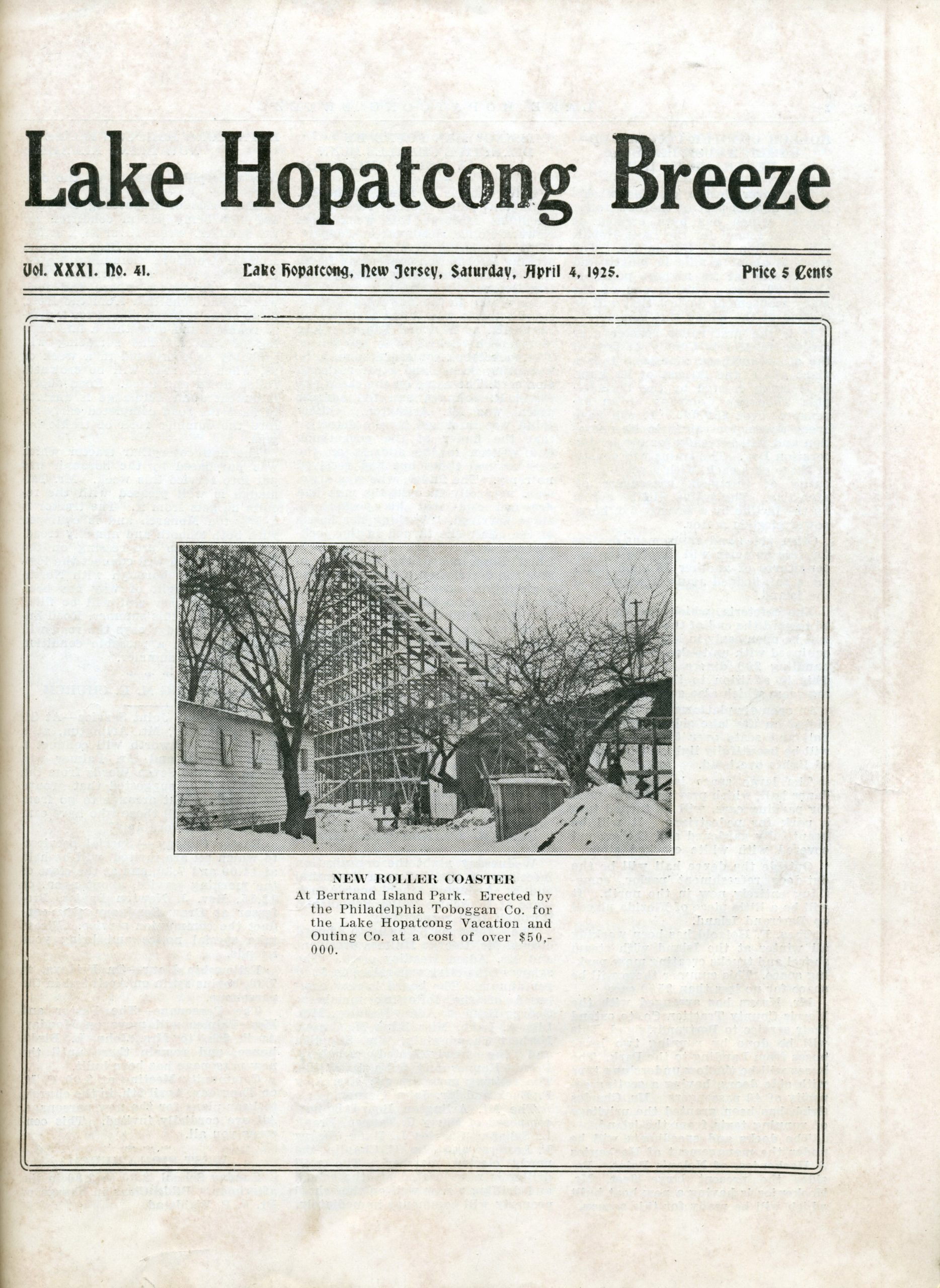 The roller coaster was an immediate smash hit at Bertrand Island Park. The June 6, 1925 Lake Hopatcong Breeze reported “The Park was crowded both Saturday and Sunday with the largest crowd ever seen at Lake Hopatcong.  By actual count over 13,000 people rode the roller coaster….On Sunday over a hundred couples were still on the dance floor and 150 people waiting to ride on the coaster at midnight but Mr. Kraus refuses to let the Park become an all night affair and insists on closing at 12 o’clock.” 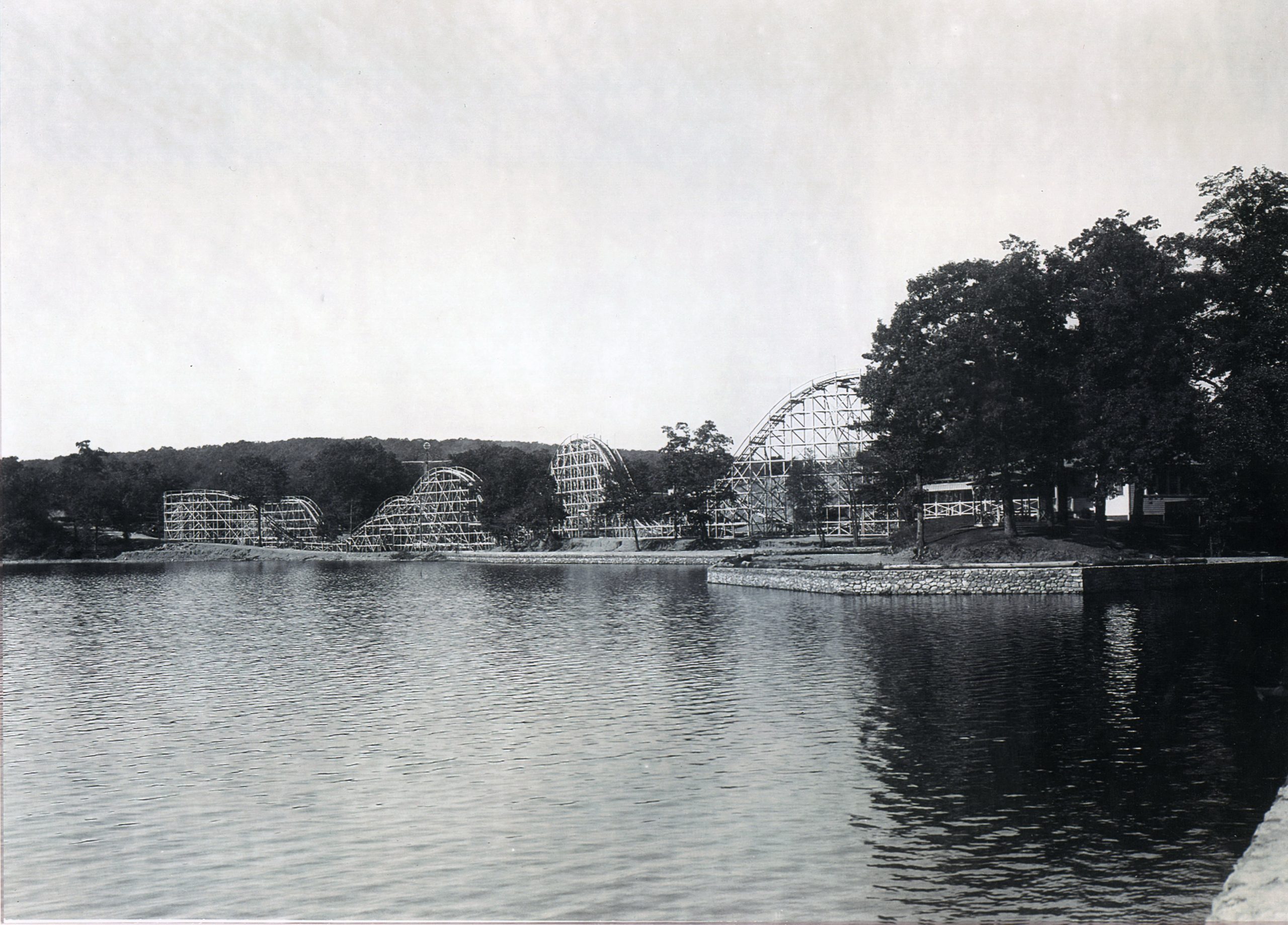 When it first opened, the Bertrand Island coaster did not have any specific name. In the ensuing years it was called the “Cyclone” and then for its latter history was known as the “Wildcat.” Such names as “Twister”, “Comet”, “Wildcat”, “Jack Rabbit”, “Cyclone” and “Shooting Star” were all used over the years for Philadelphia Toboggan roller coasters. Each coaster was uniquely designed to the specific park but popular names for the roller coaster were reused. 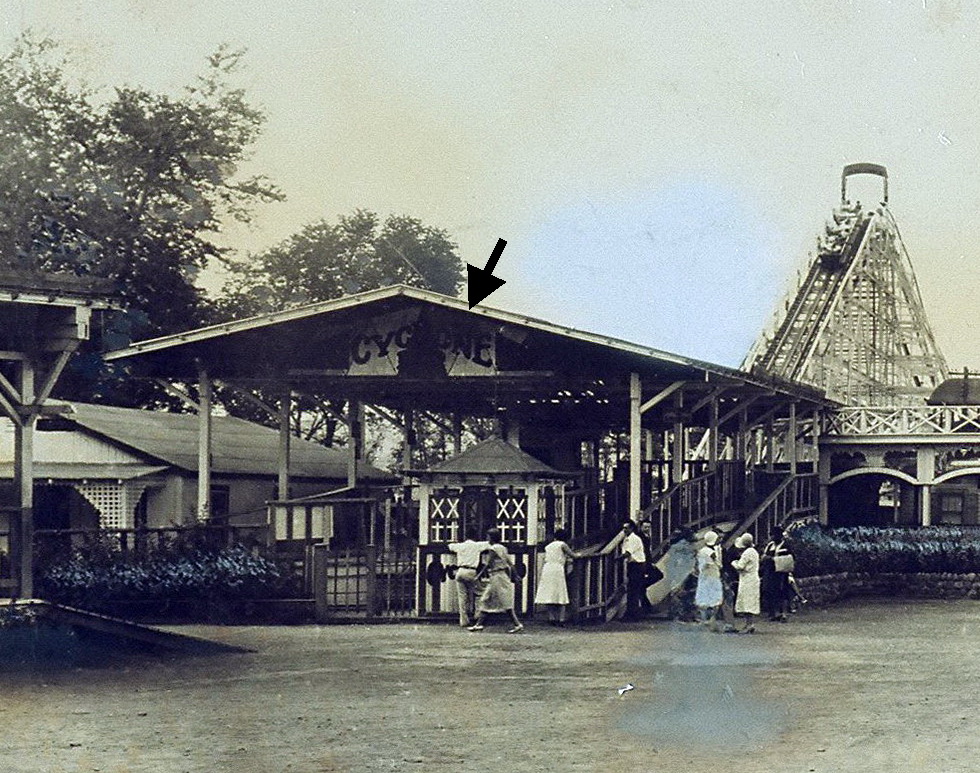 The Bertrand Island coaster soon had competition at Lake Hopatcong. Amusements had been present at Nolan’s Point from the arrival of the first excursion trains in the 1880s.  In 1928, the Nolan’s Point Amusement Park opened on the location of a former large ice house (which had been located between today’s Windlass and Jefferson House restaurants). A circular style coaster was built at Nolan’s Point.  However, the park at Nolan’s Point was unable to survive the Great Depression. The park went bankrupt in 1931, briefly re-opened under new management, but closed for good in 1933. The roller coaster remained an imposing monument to the closed park until finally being dismantled in 1940.

Bertrand Island Park continued to operate throughout the Great Depression and its roller coaster operated from 1925 until the park’s closure following the 1983 season. This does not mean that the roller coaster was without controversy. There were several fatalities over the years (usually when a rider decided to stand despite all sorts of warnings against such conduct). Many will remember the fire on the roller coaster in 1970 that caused quite a stir and closed it for the season. In 1973, a roller coaster car bumped into the one in front of it which had gotten stuck on a hill resulting in injuries to 19 schoolchildren. Through it all, the roller coaster at Bertrand Island remained very popular and the little extra movement of the structure as it aged only added to its legend. 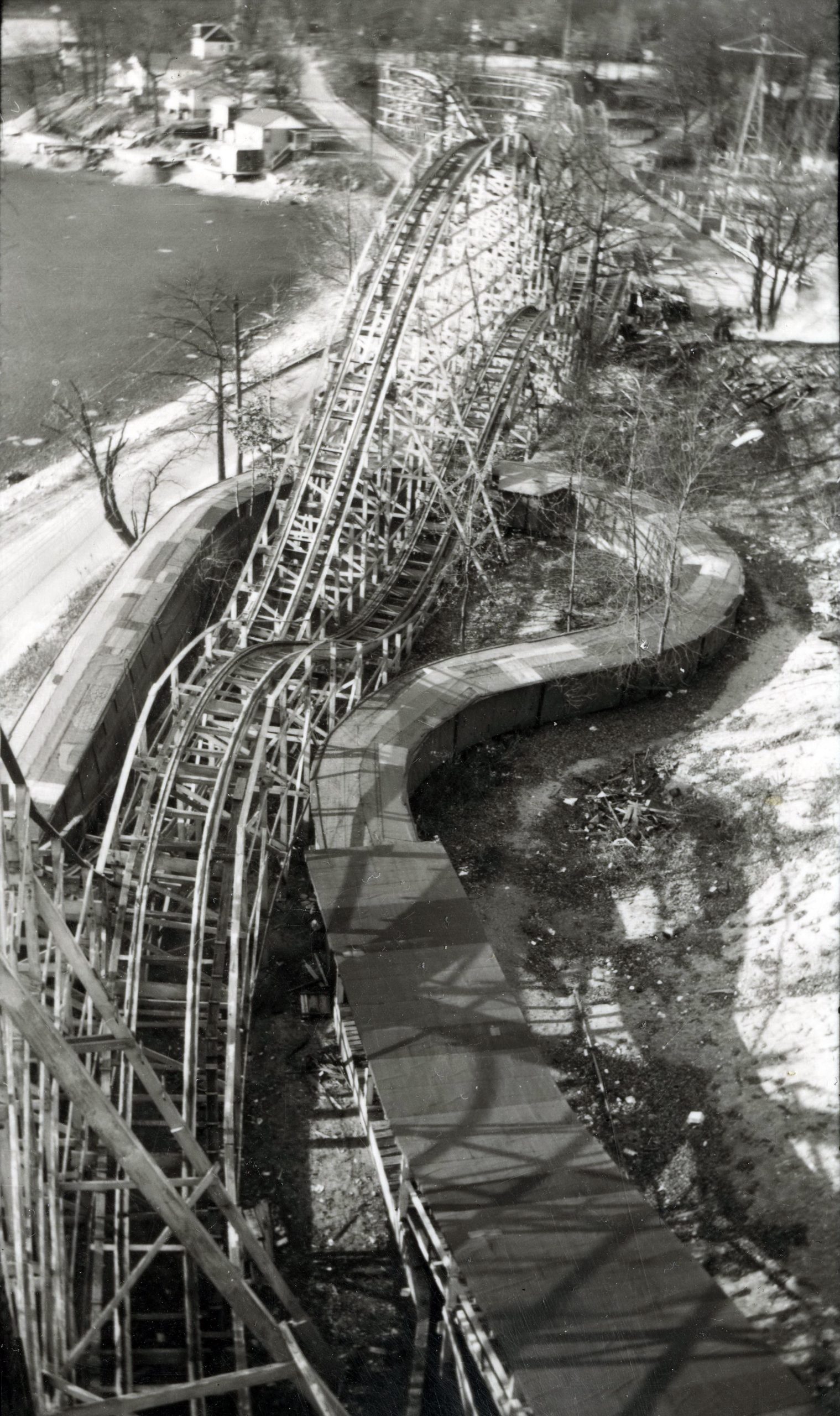 While the Bertrand Island roller coaster was demolished after the park’s closure, the Philadelphia Toboggan Company is still in business today performing renovations to existing wooden roller coasters as well as being a major manufacturer of roller coaster cars.  It operated from the same factory in Germantown from 1904-1971. It has moved twice since and is now located in Hatfield, PA some 35 miles north of their original factory.

Nostalgic for the old Bertrand Island coaster? Many of the coasters designed and built by the Philadelphia Toboggan Company are still running today. You can take a ride similar to Bertrand Island’s coaster at Dorney Park in Allentown, PA.  PTC 41 built in 1924 and now known as the ThunderHawk is still in service having been restored by the Philadelphia Toboggan Company in 2016. It remains a classic example of an early American wooden roller coaster and is now the eighth oldest roller coaster in the country and tenth oldest in the world. Also within our region, you can visit PTC 61 at Lake Compounce in Bristol, CT. Built in 1927, their coaster is also known as “The Wildcat” and went through a complete renovation in 2017. So if you long for the old coaster at Bertrand Island or want to see what it was like, take a short road trip and experience it for yourself! 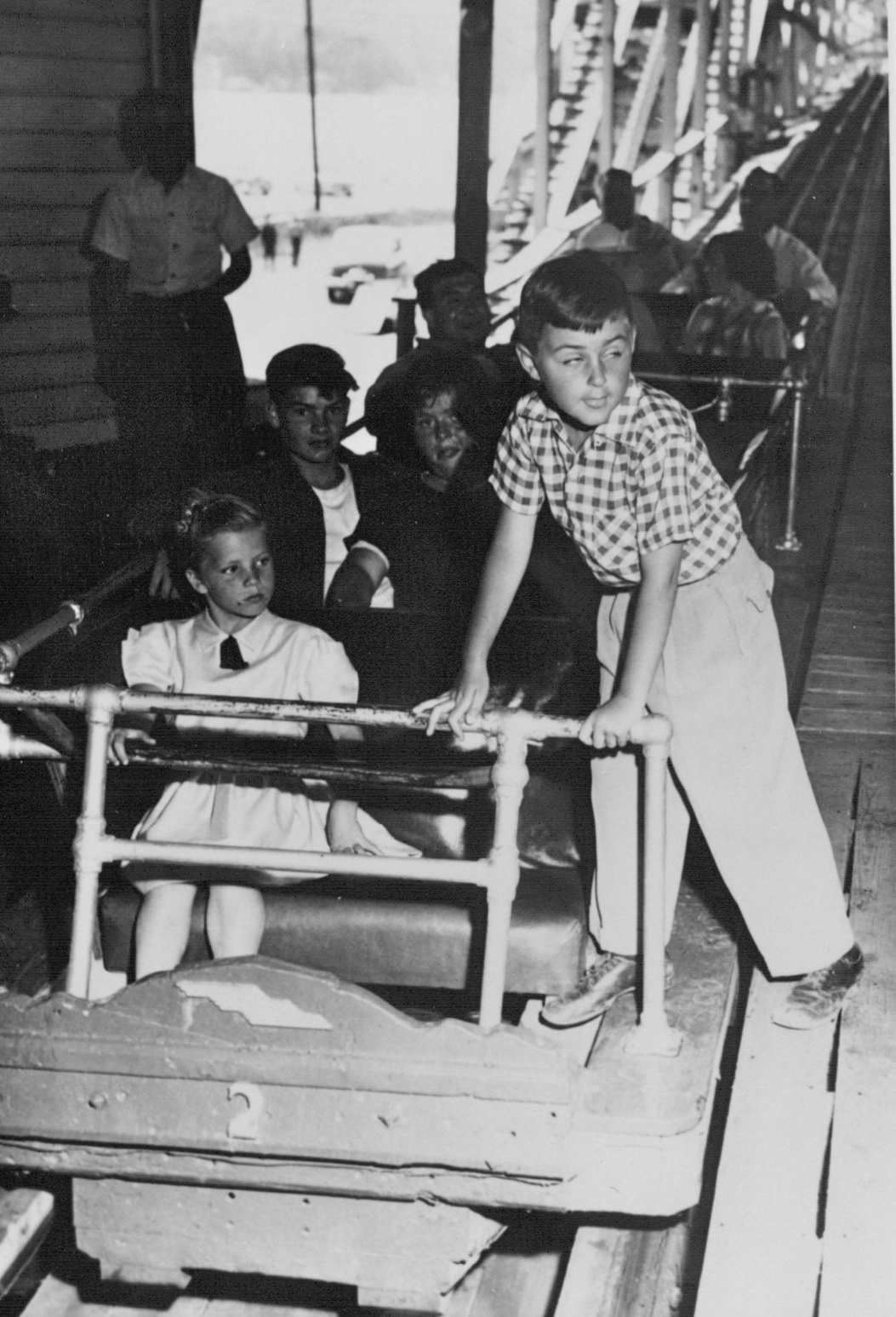